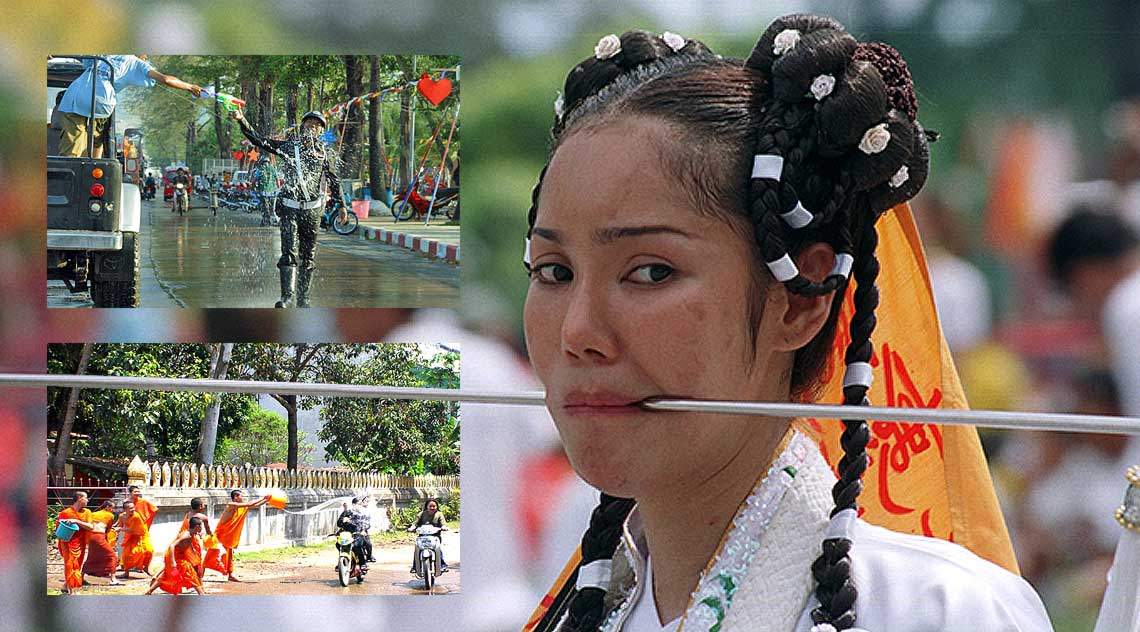 Phuket hosts many special events and festivals. There are religious festivals, sports events, cultural events, fairs, carnivals and more. Of all these events, undoubtedly the most extraordinary is the vegetarian festival.

This event is one of the most extraordinary religious festivals in the world. There are not many countries that could stage this event. It requires a people that embrace the festival with enthusiasm. A people that have the reckless abandon to throw firecrackers at each other and that have the good humour to accept such madness with grace.

It is held during the ninth lunar month of the Chinese calendar which means it falls in September or October. That puts it at the height of the rainy season so sadly you cannot expect to combine a trip to the festival with a beach holiday.

There are conflicting stories about exactly how this bizarre festival started. It certainly dates from the early nineteenth century and originated from Chinese migrants involved with the tin mining industry. The most popular story is that a traveling troupe of Chinese entertainers fell sick in Phuket. To cure themselves they went on a strict vegetarian diet and practiced abstinence from sex and alcohol. To the amazement of the locals they all recovered. From then on the locals repeated the festival every year and it has since developed into a huge event that draws visitors from around the world.
The 9-day festival is centered around the Chinese temples in Phuket. Each temple hosts daily events such as walking on hot coals or climbing blade ladders. There are food stalls around each temple selling an incredible range of vegetarian food.

There are daily street processions from the various Chinese temples around the island to the main Chinese temples in Phuket Town. The focal points of the processions are shamans who go into self-induced trances. After the first few days of the festival, these shamans start piercing themselves, usually through the cheeks, with swords, spears and other objects. The marches are a cacophony of noise with drums and firecrackers to scare away evil spirits.

On the last night, the final procession reaches a midnight crescendo with enough firecrackers and smoke to simulate a war zone. If you are only going to make one visit to the festival then this is the one to see. The clock circle outside Metropole Hotel is a popular viewing point. The crowds start gathering from the early evening entertaining themselves with fireworks and firecrackers. The final procession starts coming through around 11pm. This time they come through fast - not surprising since they are under a barrage of firecrackers exploding around their heads and feet and fireworks whistling overhead. The onslaught is so intense that acrid smoke fills the air. It is a truly spectacular sight to see the procession charging through the smoke and firecrackers. Ear-plugs are a good idea.

During the 9 days of the festival, the participants must follow 10 rules. These include wearing white clothes, not eating meat, self-discipline, no alcohol and no sex.

For the date of this years festival and a full schedule of events check the official website - Phuket Vegetarian Festival.

The start of the high season is marked in Patong with a carnival. From November 1st to 3rd, there are many events including processions, walking streets, food stalls and entertainments.
Thalang Walking Street

In Phuket Town, they celebrate the start of the high season in the first weekend of November by turning Thalang Road into a walking street. This is one of the old roads where the buildings are in the Sino-Portuguese architecture style of old Phuket Town. Stroll along the street enjoying the character of these old buildings. There are lots of stalls, food vendors and entertainments.
Loy Kratong

A national celebration on full moon night in November. After dark, Thais flock to any stretch of water; river, lake or sea, to float their bad luck away on small floats carrying candles. 'Loy' means 'to float' and 'kratong' is the name of the small floats made from banana leaves, tree bark and decorations. It is a beautiful little festival as you watch the flickering lights float away into the distance.

December begins with a seafood festival. Phuket is renowned for its great seafood and this is a chance for the local culinary experts to show off their skills. There are food stalls all along Patong beach.

There are a few yachting events in Phuket's waters but this is by far the biggest event of the year and attracts top-class competitors from all over the world.

Another top-class sporting event, the Laguna Triathlon attracts top class triathletes from all over the world. The 1.8km swim starts at Bang Tao Beach around the sea and into the lagoons behind the beach. The 55km cycle runs up the coast road and through the rubber plantations in the north of the island. And as if that is not enough they finish with a 12km run around the roads of Laguna.

The date of the Chinese New Year varies from late January to mid February. Phuket's large Chinese population makes it a celebration to remember. Two days of processions, firecrackers and dancing dragons make a colourful spectacle. There are shopping discounts and lots of great food. Go to the old town area of Phuket Town to fully appreciate the celebrations.

Wat Chalong Fair coincides with the Chinese New Year. This is a huge fair including shopping stalls, food vendors, games and entertainments. It takes place in the grounds of Wat Chalong which is the most important temple on the island. It is on Chao Fa West Road approx three kilometers from Chalong Circle.

Thalang Road is turned into a walking street for the weekend. There are lots of street stalls and entertainments. Some of the old houses open to visitors.

They claim it is the biggest gay festival in Asia. There is a three-day street party around Patong's gay district at Soi Paradise. There are also parades and a volleyball tournament. It is a colourful and flamboyant event.

Celebrate the Thai New Year with a good water fight. In northern Thailand, this celebration goes on for a week but in the south, it is a single day - April 13th. Everybody gets loaded up with water guns or buckets of water, and goes out for a good soak. It is a happy, mass water fight. Do not carry electronic goods or passport. Be very careful on your motorbike.

Coinciding with Songkran is the turtle releasing festival. This is an attempt to replenish the diminishing turtle population that lays its eggs at Nai Yang and Mai Khao beaches.

A huge fireworks display in Saphin Hin, Phuket Town. You can see this from a distance but the closer the better. 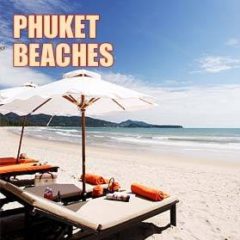 Phuket Beaches, some of the world’s best 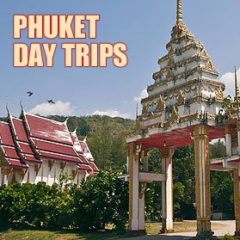 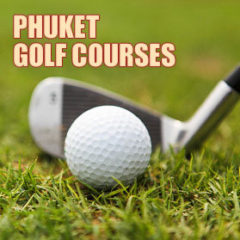 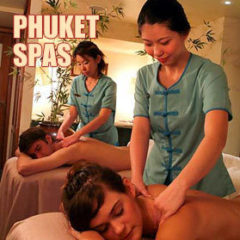 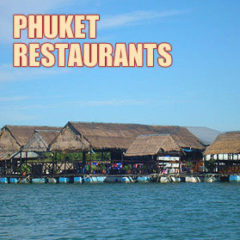 Phuket Restaurants – Where to eat out in Phuket 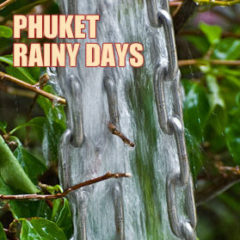 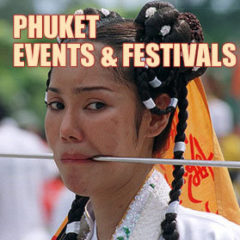